The movement has showed its strength in the streets again after victories in the District Council elections. Now a new union organisation drive might hold the key to breaking the deadlock, argues Colin Sparks.

The struggle for democratic reform continues in Hong Kong.  On Sunday 15 December, there were ‘Christmas Shopping’ demonstrations in seven shopping malls across Hong Kong. The demonstrators chanted slogans, spray-painted businesses supporting the government, and fought back against the police. Later, in Mong Kok, the police broke up another demonstration, injuring several journalists in the process. On Sunday 8 December, an estimated 800,000 people marched in Hong Kong against the government. Coming two weeks after the overwhelming pro-democracy victory in the District Council elections, the huge and peaceful demonstration was another emphatic display of popular support for the democratization movement.

Another blow to the government came on Tuesday 10 December, when the foreign experts they had recruited to help with their ‘investigation’ into police conduct resigned from the Independent Police Complaints Commission, claiming that the inquiry lacks the legal powers to operate effectively. Even the pro-Beijing parties are distancing themselves from Carrie Lam’s government in the expectation that Beijing will decide enough is enough and replace the whole gang.

Despite their impressive ability to mobilize huge numbers of people, the frequency of smaller protests, and the continuation of small scale running battles with the police, the movement faces some problems.  While a week-long strike by workers in the advertising industry gained some support, the call for a general strike on the day following the mass march fell flat. Previous ‘general strikes’ have mostly been supported by individuals who took a day off, sometimes with the support of their bosses. There have been very few genuine collective stoppages of work in support of the movement.  The confidence to take such action requires work-place organizations, which have mostly been missing and this initiative is an important first step forward.

In response to this problem, the pro-democracy Confederation of Trade Unions has launched an organising drive, aiming to recruit workers to newly formed unions independent of the pro-government Federation of Trade Unions. As the call for strike action by social workers shows, there is a clear recognition amongst some in the movement that it is necessary to build upon the undoubted support for mass action for democracy in order to increase pressure on the government.  As one social worker said: ‘organising a strike is more powerful than violent action.’

At the same time, there appear to be other, contradictory, currents present in the movement.  While it is impossible to know the truth of their allegations, the police claim to have arrested members of an armed group possessing knives and one firearm, who they say were plotting to attack police officers during the latest mass demonstration. They also claim to have found and disarmed two improvised explosive devices hidden near a school on Hong Kong island. Separately, the police last Saturday arrested three men whom they accuse of a second bomb plot. These incidents may be complete fabrications, or they may be the fruits of police agent provocateurs infiltrating the movement, but there is at least a chance that they reflect a current of opinion in the movement that is moving towards clandestine military organization.

Although there is no doubt that they command popular support, the personal experience of many front-line fighters over the last few months has been that it is their courage and self-organisation that has carried the movement forward.  In their experience, the role of the masses has been to provide the means, moral and material, for them to continue the struggle.  After all, some of the most inspiring mass initiatives, like the organization of supply chains during battles with the police and the motor-bike assisted escapes from the siege of Poly U, have been instance of the movement supporting the militants rather than forming the focus of the struggle. A move towards armed underground organization would not necessarily reduce their support, but it certainly would widen the gap between the militants and the movement. The logic of underground activity would necessarily mean that the militants took decisions in secret and the vigorous, open, online debates about the next steps that have been one of the key features of movement would lose their importance.  However good their intentions, the heroism of the militants would become a substitute for the self-activity of the mass movement.

The picture on the government side displays its own contradictions. It is transparently clear that the strategy of standing firm, refusing significant concessions, and hoping that the movement will peter out has failed dismally.  Opposition to the government has only deepened and hardened over the months.  There have been no significant political move from the government:  Carrie Lam’s main initiative so far has been to apologise to the pro-Beijing parties for helping them to electoral disaster and promise to find their defeated candidates lucrative sinecures in the government apparatus. The government’s only strategy is to continue to rely on the police to smash the opposition. The cops have now fired more than 16,000 rounds of teargas and arrested more than 6,000 people since the struggle began. In addition to the dangers of violent arrest and prosecution, the government is trying to restrict the participation of state employees. The Education Services Department has threatened to sanction more than 30 teachers who have been arrested on protests and urged schools to suspend those who have been charged with offences.

There are signs that the pro-Beijing camp are beginning to distance themselves from Lam and look for alternatives.  The Justice Secretary, the very unpopular Teresa Cheng, allegedly tried to resign during a visit to London but was ordered to remain at her post by Beijing officials.  She has since been grovelingly supportive of the ‘support’ the Embassy officials gave her during her hospitalization caused by her falling over during a protest against her visit. The problem for Beijing, who will make the final call in any changes at the top, is that they have few viable candidates to replace Lam and cannot expect a newcomer to change the situation unless they can provide a major new policy initiative.  There are rumours that an independent public enquiry into the events of the last six months will be launched in late January, but whether that will be enough to calm the movement at this late stage is questionable.  Beijing will not, indeed cannot, concede on the central demand of progress towards genuine democracy.

Indeed, the results of the recent elections have further restricted Beijing options. Control of the District Councils will give pro-democratic parties the right to five seats in the Legislative Council, and with fresh elections scheduled for 2020, there is every chance that they can win a working majority even in this gerrymandered chamber. That would not give them powers to make policy, but it would make it very hard indeed for any government initiative to become law.  Beyond that, there is the appointment of the next Chief Executive. Their electoral success means that the democrats will be entitled to more seats on the gerrymandered selection committee that recommends the next Chief Executive for Beijing’s appointment.  The democrats will probably not form a majority, since the election system is very heavily rigged against them, but they are likely to be a sufficiently strong bloc as to force Beijing into the arms of their most reliable allies, the oligarchs and property tycoons who are heavily represented on the committee.

The problem that brings is that Beijing has, all along, been claiming that the root causes of the protests are what they call ‘livelihood issues’ – poverty wages, lack of opportunities and, above all, a massive housing crisis. These have long been recognised on all sides as serious issues, but none of the Chief Executives since the handover in 1997 have been able to do anything significant about them because firm action on any of them would run directly against the interests of these oligarchs and property tycoons. If Beijing were to select a nominee who was going seriously to address these issues, they would come into conflict with the local capitalists who have provided their base in Hong Kong since the 1997 handover and it might be impossible to secure a majority for their candidates in the selection committee.

It is hard to see what other base Beijing could turn to. The recent election showed that, while there is a firm majority in support of democratic reform, there remains around 40% of the population who support Beijing. So far, the pro-government camp has been unable to mobilize that base in any serious way.  They have managed to organise a couple of demonstrations in support of the police, and recruit some groups to tear down the ‘Lennon Walls’ presenting pro-democracy popular sentiments, but these actions were small by current Hong Kong standards. They have not been able to mobilise significant opposition to the movement’s mass demonstrations. The attempts to confront the movement, like the July attack on passengers at Yuen Long MTR station, have been carried out by thugs and triad gangsters and have had a negative political effect.

The passivity of the mass of pro-government voters presents the democratic movement with an opportunity to break the deadlock. The initiative to launch a union organising drive provides the opportunity to demonstrate in practice that democracy is not simply an abstract principle but is also a weapon that ordinary workers can use to tackle concrete issues.  Independent unions can tackle some ‘livelihood issues’ such as poverty wages directly and provide the organisation that can make strikes for democratization a reality. They can win the best of the workers who, for whatever reasons, are still loyal to the Beijing unions to the side of democratization and not only build support for political changes but break the power of the oligarchs and tycoons. 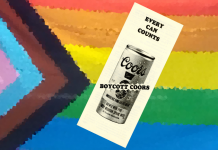 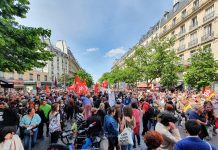 A breakthrough for the French left? 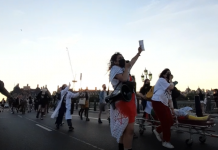 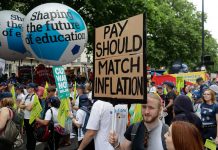 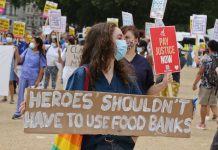