The report into child sexual exploitation in Rotherham documents appalling abuse. But even more shocking is the failure of councillors, council managers and police to do anything to address a problem they have known about for the last twenty years, writes Colin Wilson. 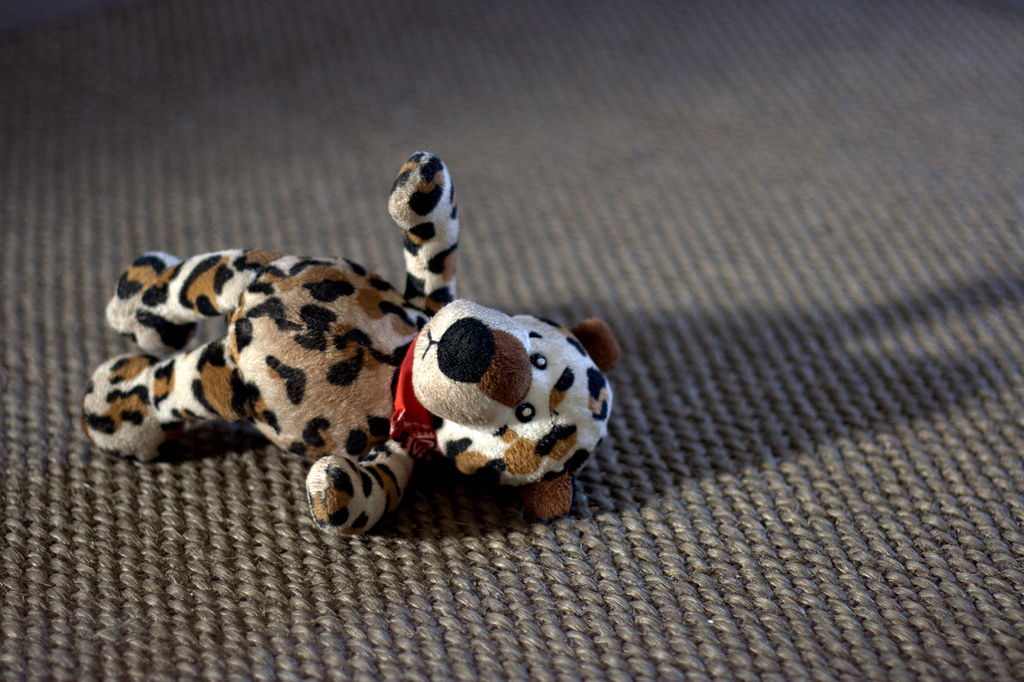 Alexis Jay’s report is truly horrifying: its 153 pages document in detail the harm done to around 1400 children, many of whom will spend the rest of their lives attempting to deal with the abuse they suffered. The report’s authors give examples of that abuse:

“Time and again we read in the files and other documents of children being violently raped, beaten, forced to perform sex acts in taxis and cars when they were being trafficked between towns, and serially abused by large numbers of men. Many children repeatedly self-harmed and some became suicidal.”

One young woman told them that gang rape “was a usual part of growing up in the area of Rotherham in which she lived.”

Anyone reading this will feel angry and determined that something like this must never be repeated, and they will ask themselves how such things could have happened. As soon as the story broke, the BBC was reporting an answer to that question, provided by Nick Griffin of the fascist BNP – that the problem was Muslims. By the early evening, the BBC was suggesting that “political correctness” was an issue. But the other cases of child sexual abuse that have come to light this summer show that simply isn’t true.

We know now that Jimmy Savile abused hundreds of women and children, the youngest aged only two. In Rochdale, police are investigating alleged corruption by local cops and politicians which meant that local MP Cyril Smith was never prosecuted for child sexual abuse, despite numerous complaints to police and investigations. Rolf Harris abused girls as young as eight.

All these men exploited the different positions of power which they held – their positions as MPs, or their celebrity, and in Savile’s case links with senior politicians and royals. The authorities did nothing to hold them to account. Police, senior politicians or BBC managers didn’t want to rock the boat, to confront the reality of what was happening. So they turned a blind eye and allowed the abuse to continue.

The Rotherham report makes clear that the same neglect happened here – all of the authorities to which victims of abuse should have been able to turn failed them. Councillors, senior council managers and senior police officers all repeatedly failed to act.

It has been clear for almost twenty years that child sexual exploitation, abbreviated to CSE in the report, is a problem in Rotherham. In 1997 the council established Risky Business, a youth work project meant specifically to deal with it. No one could pretend that CSE wasn’t a problem – and yet report after report was written, working parties were established and procedures were revised, all without making any difference. No doubt social workers, youth workers and other front line staff made mistakes. But the real problems were at the top.

The report states that “the Police gave no priority to CSE, regarding many child victims with contempt.” One man tried to get the police to help young girls who were being beaten up by abusers: he reported that their attitude was that both the abusers and their victims were “undesirables” and that “the young women were not worthy of police protection.” Many of the abusers were taxi drivers, and council staff involved with licensing taxis tried unsuccessfully to get police to intervene against them. Yet police took no action, even against a taxi driver who accosted a 13-year-old in Rotherham, having been arrested for kidnapping a woman the previous week in Bradford.

The police launched repeated “operations” around CSE – in 2008, 2010, 2011 and, in 2012, three of them – but got tiny numbers of convictions. Senior police, according to a 2013 report, were more interested in offences such as burglary or vehicle crime, where they had targets to meet. South Yorkshire Police received 157 reports concerning child sexual exploitation in Rotherham in 2013 – yet the only prosecuted nine people. Most shocking of all is a case from 2000 involving Child A, aged twelve, who had had sex with five adults. At a case conference to discuss the girl, according to the report, “the CID representative argued against the category of sexual abuse being used because he thought that Child A had been ‘100% consensual in every incident’.”

The report states that most councillors “showed little obvious leadership or interest in CSE for much of the period under review.” The council is completely dominated by Labour – but senior councillors stated that the Labour group first discussed sexual abuse only in 2012, when it had been an issue in Rotherham for almost twenty years. What is worse is that for years the councillors promoted a macho culture which encouraged sexual harassment and made it hard to discuss child sexual exploitation. One council worker was told that she’d get on better if she wore short skirts to meetings. Councillors did not accept the fact that some senior managers were women. Between 2000 and 2003 three councillors were found to be using council computers to access pornography.

The senior managers of Rotherham Children’s Services showed themselves no better able than police or councillors to protect the children in their care. In the words of the current Chief Executive, “the approach generally was not to rock the boat.” In the early 2000s, for example, the report documents that staff “monitored large numbers of children known to be involved in CSE or at risk but their managers gave little help or support to their efforts.” Senior management believed that youth workers in the Risky Business project were exaggerating the extent of the problem. That attitude, remarkably, continues today: one manager told the report’s authors that agencies needed “to retain a sense of proportionality with regard to child sexual exploitation” and that child neglect was “a much more significant problem.”

Everybody Knows, Nothing is Done

The report’s authors asked young people in Rotherham if they would use taxis in the town – it being known that some taxi drivers are involved in CSE – and both men and women replied unanimously that they would not. Everybody knows what is happening, but the authorities do nothing – 1,200 people have taxi licences, but since 2009 only four have been revoked. Seven years ago, the report explains, Risky Business, the Council’s CSE project, “was inundated with referrals, all of them under 18 years.” People were concerned that nothing was being done – as the report puts it, “the project was under pressure from those who had referred the children.”

The people concerned at the Council’s lack of activity and failure to discuss the issues included Rotherham’s Pakistani community. The council had done nothing to involve them, apart from holding two meetings in 2011, and this caused considerable concern. Instead, the council turned to “traditional community leaders” such as councillors – though it’s worth noting that almost all of the town’s councillors are white. Meanwhile, the Muslim community was taking positive action – in 2008, for example, each mosque appointed a designated person responsible for child protection, and training was provided for imams.

It would be good to report that the future is looking brighter. But two factors mean there is little light on the horizon.

The first issue is resources. Time and again, through the whole period covered by the report, you read of council offices which are “acutely understaffed”, about “staff resources becoming overstretched.” The current Executive Director of Children’s Services recalls that when she came into her job in 2008, 43% of posts in her department were vacant. The financial situation now is dire: “By 2016, Rotherham will have lost 33% of its spending power in real terms compared to 2010/11.” In March 2011, for example, this Labour council voted to close half its youth centres – at a time when a crisis around child sexual exploitation was going on around them. No funding is available for counselling to help these hundreds of young people cope with their experiences.

The second issue is trust. The council must do what it has avoided doing all these years – it must listen to children, young people, parents and care givers. The one organisation that people trusted to listen to them, that is referred to again and again in the report as not having failed the young people of Rotherham, is Risky Business – the group of youth workers that upset council managers, didn’t follow proper procedures and admit themselves that they made mistakes. But in 2012, the Council closed the project down – or rather, in the official jargon, incorporated it into a larger team.

In the last year it has become clear how often rape, sexual harassment and the sexual abuse of children have gone unpunished in our society. That must end. There must be a full and open debate about how that is to happen. But certainly one part of it must be that those in power can no longer dismiss the voices of the oppressed, of the victims, which they have ignored for so long. 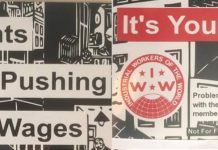 ‘Legitimate Concerns’: the Language of Division

What is Transgender Day of Remembrance, and why does it matter?

School staff could lose jobs because of crimes committed by others 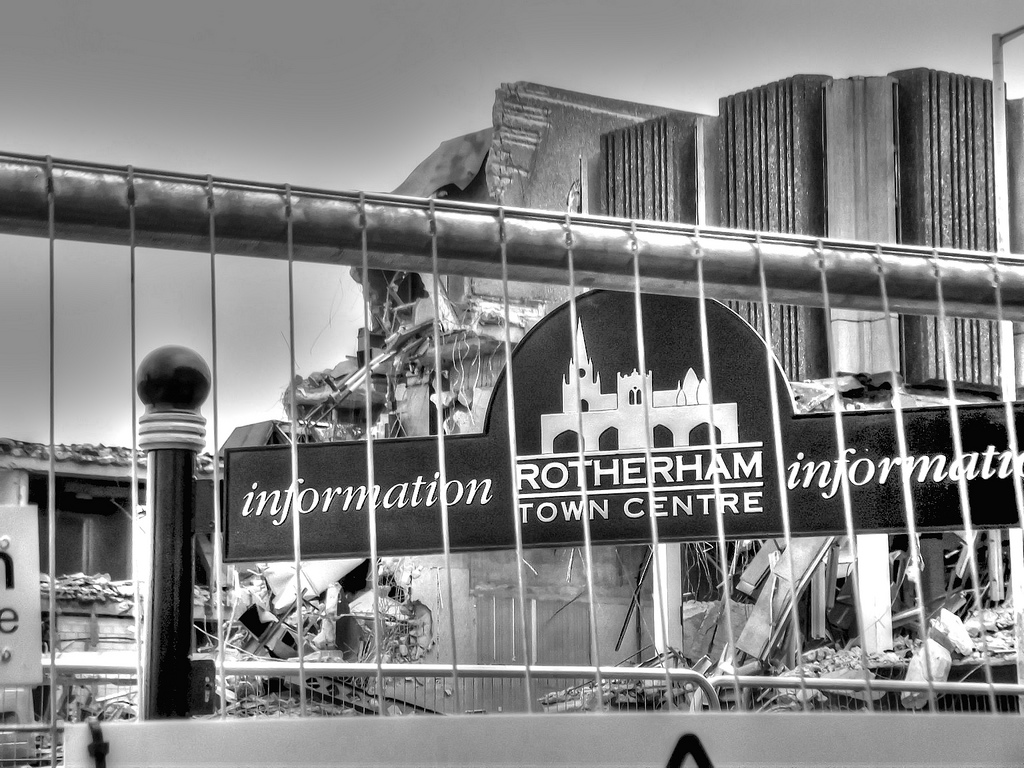 After Rotherham – how can we protect every child? 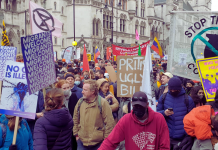 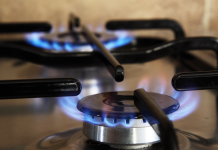 Ian Allinson
With high inflation and a sharp rise in energy prices on the way, Ian Allinson argues that the cost-of-living crisis will shape British politics over the coming months. 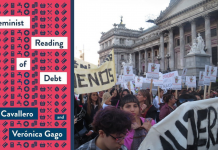 Kate Bradley
Kate Bradley reviews A Feminist Reading of Debt, finding an insightful account of the relationship between debt, gender, and capitalism, as well as examples of how to fight back against debt.

The Kellogg’s deal: not so grrrreat!

Joe Allen
Joe Allen assesses the recent settlement of the eleven-week Kellogg's strike in the US. 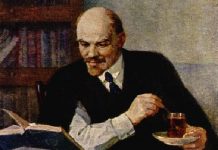 Revolutionary Reads – What books got us through 2021?

rs21 members
We asked rs21 members what they've been reading in 2021, whether new works of revolutionary theory, fiction, or old classics. These were some of... 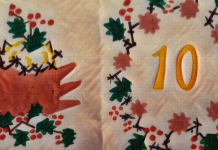 Graham Checkley
rs21's Graham Checkley argues that the fallout from the parties scandal is an opportunity for the left to turn up the pressure outside parliamentary politics. 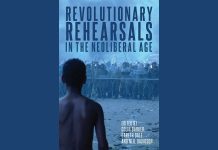 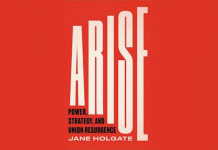 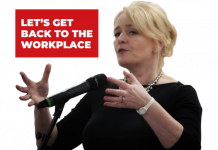